Donald Trump: The Subliminal Marketing Behind the Campaign

If you think that someone as smart and successful as Donald Trump is dominating polls through sheer recklessness, then you are truly lost in the dark. Donald Trump is a master of the art of persuasion, using tactics that are invisible to the untrained eye. He is not only very witty, cunning, and powerful himself, but he also has some of the best marketers and public relations advisors plotting his every step. Trump’s presidential campaign is not fueled through the true character of the man himself, but rather through the true character of Americans. Americans have been “conditioned” to an extent that would not be acceptable in other areas of the world. Americans have been conditioned through the mainstream media to love, appreciate, and value things such as drama TV shows, celebrities, fights, sex appeal, memes, outrageous actions, and shocking content. Donald Trump is using the “pleasure centers” of Americans to dominate his competition and leave the other candidates in the dust. Among this, there are a variety of subliminal marketing tactics that Donald Trump uses to win over the American people. These subliminal tactics are designed to target the areas of the brain that are not controlled or regulated by reason or logic.

If you listen to Donald Trump speak, you will notice that he consistently repeats his points over and over. Usually when asked a question, he will open his answer with his stance on the subject, he will speak about the subject, and then he will reiterate his opening statement to close the answer. For example, if he were to be asked what his favorite color is, he would reply: “My favorite color is blue. I do really appreciate a variety of colors, and to be honest I love a lot of other colors. With that being said, my favorite color is blue”. Donald Trump is using repetition to push his point through the subconscious mind. Psychologically speaking, repetition can mold a person into thinking and believing the thoughts of another when repeated over and over again. Even in school you are taught to write papers this way. You learn to write an intro, write a body, and then write a conclusion that is essentially repeating the intro in a different way. This is because the power of repetition is a very effective tool of persuasion.

Donald Trump has on the best defensive and offensive strategies when it comes to speaking publicly. He knows how to control the conversation. He rarely gets shot down in mid debate because he doesn’t allow the other person to finish. If you listen to him speak live, you will notice that he is always cutting off his opponents before they get a chance to finish their strike at him. His outgoing and outspoken personality allows him to effectively control center stage and take all of the light away from the others involved. As you see in many debates, he is always in the spotlight, while the majority of the other candidates only get a fraction of center stage time…if he allows them to. This is very similar to how the “loud” kid in high school would always get people to follow him: because he draws attention to himself. This is the same tactic.

They say that negative advertising is still advertising, and they are right. Donald Trump has been accused of being an Elite, a Nazi, and a Homophobe among many other things. The mainstream media is trying to portray him as evil and sadistic, even comparing him to Adolf Hitler.  What they don’t understand is that by creating such a negative image to the general public, the media is actually creating a hyperdriven sense of obsession with what the crazed candidate is up to.  People are watching his debates, his speeches, and analyzing his every move. This sense of negative advertising has actually worked in a positive way, if your goal is to create a “buzz”. People today are not interested in how “good” things are, they are interested in the bad and the ugly. If you watch the news, 85% of all stories are negative compared to the 15% positive. Even in films or TV, people want to see drama and craziness, no one wants to see a movie about a girl who did everything right and lived happily ever after, it just makes for a boring story. Media conditioning is to blame for the success of Negative Advertising.

Talking Down to the World

A great portion of Donald Trump’s success in his presidential campaign is that he knows to communicate with people on a conscious and subconscious level. How does he do this? By talking to his audience like they were children. While the other candidates are rattling off factoids and statistics, Donald Trump is speaking in short sentences comprised of words that would equate to that of a 5th grader’s reading level. He is speaking to his audience on a level that the educated, the uneducated, the poor, the rich, and the middle class can all understand and follow. One of the biggest mistakes we see candidates make is rattling off facts and statistics. The mind cannot subconsciously follow a series of numbers, while it can easily follow general and simplistic speech. Donald Trump is a very educated man, and he can communicate with even the highest of highly educated individuals. He could speak in numbers or use a more complicated vocabulary, but he would lose his audience, and lose them fast. He knows that no one will remember the series of numbers that he as mentioned, but they will remember how he called Rose O’Donnell a fat pig. Genius.

Donald Trump has recently told the general public that if he were to be elected president, that he would let the nation know who was really behind the terrorist attacks on 9-11. By acting as a whistle-blower, he is gaining the audience’s trust that he is not on the side of a tyrannical and corrupt government. By letting the world know that he will expose the truth, he is imposing that there is something that the government is hiding.


Donald Trump takes his crazed behavior to social media as well. He is always speaking his mind in public and online. During his campaign, he has managed to obtain thousands upon thousands of new followers and has been “trending” on twitter virtually every time he speaks in public. Donald Trump is one of the few presidential candidates ever to not only create such a stir at his rallies, but online as well. These marketing efforts are aimed at the younger generation (those who use Twitter) to create hype and awareness about himself. This is the same tactic that Kanye West uses to create headlines with his outlandish online behavior.

In marketing, the most powerful asset any company, brand, or product can have is credentials. Having a series of famous people using your brands is the quickest way to instant spotlight. Donald Trump is always throwing around his business feats, his unremarkable amount of money, and the list of famous people who are supporting him. Having these big time credentials tells people subconsciously that they are “worthy” of their approval because other “approved” celebrities “approve” them. This is how society works, and Donald Trump is all too familiar with how business and social status work. Like they say, you’re only as good as your last job.

Being arrogant and outlandish has many negatives as well as many positives.  Many of today’s celebrities are prime examples of how being overly arrogant and “out there” can ultimately put you in the spotlight. Kim Kardashian is only one of many celebrities who have been made famous through idiocracy alone. Her deviant and promiscuous behavior has made her an A class celebrity. The media conditions us to draw ourselves to these types of personalities. Although being cocky and outspoken is nothing new to Donald Trump, it is just another factor that plays a huge role in the overall marketing of his presidential campaign.

Marketing and Advertising are extremely powerful tools that can push the average person to superstar status. These marketing campaigns are tactically designed to captivate and persuade the conscious and subconscious mind. Every step that Donald Trump takes is planned, it just doesn’t “seem” that way, which is how you know how carefully things are planned out. Commercials, advertisements, TV shows, and movies are not just toys, they are tools designed to move you in one direction or the other. The tricky part is to understand where and why they are trying to push you there. Using these styles of subliminal marketing is extremely effective because it targets the part of the brain that doesn’t use logic or reason, but instead is compulsive. The next time you watch Donald Trump in an interview, a speech, or a debate you will start to see what he is doing to win over the American people. 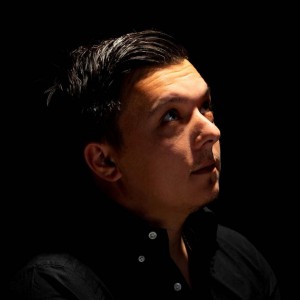 Aaron Taylor is the President of NewStyle Digital.
View All Posts »
PrevPreviousCreating a Website: Design vs. Performance
NextDigital Marketing 101Next
THE AUTHOR

Branding : How Do You Make Your Business Stand Out? Guidelines to SEO Copywriting in 2020